Ukraine may boost corn exports due to lower supplies from Brazil 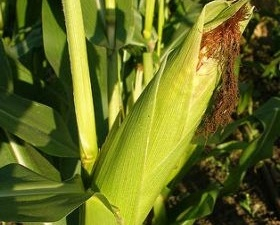 Experts believe that in 2018/19 MG Argentina will reduce the export of corn from earlier forecast of 31 million tonnes to 20 million tonnes due to strong exports of soy, low-volume seller and high competition from black sea grain.

the Decrease in Brazil's shipments in December-January will allow Ukraine and the US to intensify exports of corn.

Iran, a major buyer of Brazilian corn, prefer cheaper black sea grain and reduce imports from Brazil. For 10 months of the current year, Iran has purchased 5.2 million tons of corn, compared with 4.8 million tons for 2017.

the Pace of corn exports from the U.S. this season, 13.4% higher than last year. For a week the volume of exports grew by 32% to 1.1 million tonnes, which is 73,7 % more than in the corresponding week 2017 High in demand due to lower prices than to the South American grain.

on Monday, the Korean processors bought optional origin tender 69 THD. MT of US corn at a price of 202.8 $/t CFR for delivery in April.

In the US, corn is collected on 95% of the area, and the harvest is expected to reach 370 million tons.

the corn Futures in Chicago for the month almost unchanged and traded at 144,88 $/t

In Ukraine, the corn is collected on 95% of the areas that hopefully will yield a minimum of 33 million t. However, to complete the cleaning of snow hinder.

corn Exports from Ukraine over last year, although over the last week declined by 38% to 341 thousand tons, Ukraine needs to export 500-600 thousand tons weekly, or 2.5 million tons per month to the end of the season to reach the projected level of 25-27 million tons.

the Introduction of martial law in certain regions of Ukraine should not affect the functioning of export terminals and reduce the rate of shipments. Through a complex situation in the Kerch Strait will increase the freight in direction of the Azov ports, which can reduce corn prices in the region.

Add a comment to news item: Ukraine may boost corn exports due to lower supplies from Brazil

Add a comment to news item:
Ukraine may boost corn exports due to lower supplies from Brazil