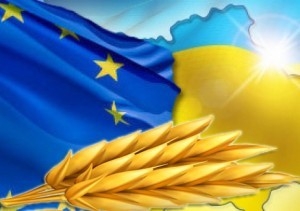 during the 2016/17 my, Ukraine exported 28.65 million tons of grain crops, which is 2.99 million tons higher than in the same period of the previous season.

in addition to cereals to foreign markets was delivered 239,5 thousand tons of flour.

According to the updated data in September-January 2016/17 MG exported 140 thousand tons of sunflower seeds, which was a record indicator of the last 6 seasons. Approximately 80% of this amount was delivered to EU countries, particularly the Netherlands, France and Spain.

Rapeseed was exported over 1 million tons, almost all of it exported to EU countries.

For the record: in the season 2015/16 my Ukraine increased grain exports in comparison with the previous season by 13.5% to 39,487 million. The Ministry agroprodmach predicts that in 2016/17 MG the country will be able to export about 40 million tons of grain.