In January 2020, to implement the budget prevented a strong torque 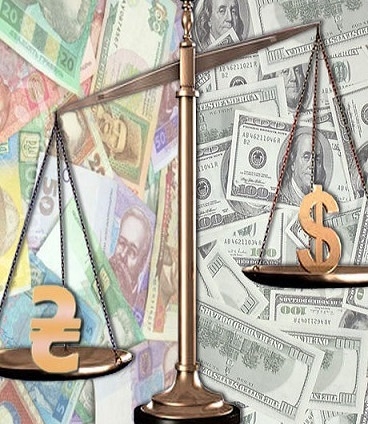 In the Ministry of Finance budget shortfalls explained significant changes in the macroeconomic indicators in comparison with those approved by the government in October 2019 forecast. In particular, less than 2.5% of the volume of imports, low gas prices, the average hryvnia exchange rate of UAH 24,1/$, while the calculations were done based on the course of 27 UAH$.

the resultsmand 2019 General Fund revenues of the state budget amounted to 96.9% of the plan, and the overall deficitAgnew 72,4 billion UAH 1.8% of GDP and slightly inferior to the planned levels.

the budget Deficit was almost completely financed by loans, the volume of which amounted to 405 billion, or 104% of the plan because the proceeds from privatization amounted to only UAH 0.5 billion, or 3.1% of the projections.

Thanks to growth of sales of government bonds in national currency to non-residents during 2019 domestic hryvnia strengthened against the dollar by 14.5%, and against Euro – by 16.2%.

According to the NBU, since the beginning of January, the hryvnia fell against the US dollar by 5.7% to 25,03 UAH$ and against the Euro by 4.7% to UAH of 27.66/€, what is the evidence of systematic devaluation of the hryvnia national Bank to stimulate the economy.

However, the NBU does not expect a significant depreciation of the hryvnia in 2020 as the resources to support it enough. During 27-31 January, the NBU sold on the interbank market of 143.5 million $, in this exchange he did not buy. But in General, in January 2020, the national Bank acquired 348 million $ and sold 250 million dollars.

Additionally, the hryvnia will support a new tranche from the IMF, which, according to the Head of the NBU I. Smoliy, Ukraine may get after signing in the 1st quarter of 2020 Memorandum of cooperation.

Director of the IMF Kristalina Georgieva believes that Ukraine demonstrates progress in implementing the previous terms of the trust in the process of approving a new program EFF. She noted that after providing reasonable financial budget Ukraine now needs to take steps related to the "rule of law", and to follow the development of this issue in the coming weeks. In addition, the managing Director of the IMF drew attention to the existing in Ukraine the groups that do not always help to achieve inclusive growth.

Add a comment to news item: In January 2020, to implement the budget prevented a strong torque

Add a comment to news item:
In January 2020, to implement the budget prevented a strong torque