IIn 2017/18 MY Ukraine reduced the export of grain, and Russia is on record 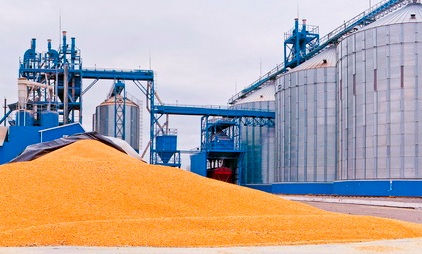 According to the Department of phytosanitary safety when Directorului in the 2017/18 season, Ukraine exported over 20 million tonnes, against 21.6 million tonnes in the 2016/17 season.

we will Remind that Ministry of agrarian policy and food agreed with representatives of the domestic grain market acceptable volume of wheat exports in the season 2017/18. The amount of wheat and its mixtures with rye that can be exported in 2017/18 MG, defined at the level of 16.5 million tons.

In the period 1-20 December of the current year Ukraine exported 3.1 million tonnes of oilseeds, while during the same period last year to world markets was delivered 2.1 million tonnes.

in Particular, the export of rapeseed increased from 0.6 to 1.9 million tons, and soybean exports remained at the level of the corresponding period last year and amounted to 1.2 million tons.

a Record crop of 140 million tonnes, together with large reserves forced producers to sell grain at current prices, not relying on their growth.

Add a comment to news item: IIn 2017/18 MY Ukraine reduced the export of grain, and Russia is on record

Add a comment to news item:
IIn 2017/18 MY Ukraine reduced the export of grain, and Russia is on record