Traders are closely monitoring the harvesting of wheat in Russia 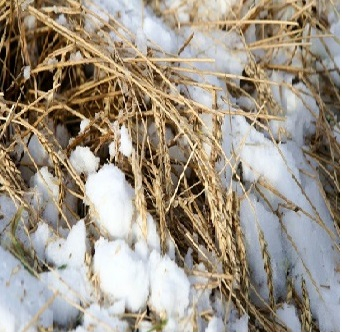 the Future prospects of the wheat crop in the Asian part of Russia will be determined by weather conditions.

Promised in the coming days, rains, thunderstorms and strong winds in Siberia will strengthen the lagging behind the pace of harvesting. As of 6 September from 2.3 million hectares threshed with only 411 thousand hectares, which is 82% below last year's level. As of September 3, the rate of harvest was inferior togoron by 73%, from 30 August to 65%, on August 24 – to 50%.

In the Siberian and Ural districts, which produce nearly 60% of spring wheat in the country, the wheat is gathered only to 661 thousand hectares, compared with 3.1 million hectares in 2017. Experts "Sovekon" I think this figure is the lowest in the last 5 years.

Delayed harvest due to the late development of crops for the abnormally cold and wet spring, when in may it was snowing, as well as reduced acreage in Siberia by 600 thousand hectares due to adverse weather conditions.

Dimensions ICARUS noted the high risks of crop losses in the event of further bad weather. Few weeks the situation becomes critical and part of the crop may remain under the snow. Winter wheat in SFO is almost assembled, and now began the collecting of spring wheat, which is planted more than 5 million hectares and threshed no more than 160 thousand hectares In 2017 on September 6 was threshed one-third of wheat crops.

Add a comment to news item: Traders are closely monitoring the harvesting of wheat in Russia

Add a comment to news item:
Traders are closely monitoring the harvesting of wheat in Russia