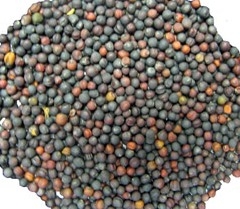 Ukrainian rapeseed was exported to 13 countries, the largest customers, among which were the EU countries (95% of total exports), Bangladesh and Israel. Unfortunately, the supplies in the UAE and Pakistan.

During July-December 2016 in the EU countries from Ukraine has been exported 844 thousand tons of rapeseed, which was the lowest figure for the last many years and 20% lost to the end of 2015.

forecast of Oil World, in the first half of 2017, the export of rapeseed from Ukraine will be 70-80 thousand tons, of which about 50 thousand tons will be sold in the EU.

In Ukraine due to the lack of supply of large batches of rapeseed trading activity is low, so the price of rapeseed comes within 400-410 $/ton or 12300 UAH/t with delivery to the port 415 $/t delivered to DAP-Western border.

But as the new season approaches, traders have stepped up purchase of rapeseed at the forwards and already offer for the rapeseed harvest in 2017 with delivery to the port for $400/ton.

Add a comment to news item: Traders exported 90% of Ukrainian rapeseed and began purchase of the new harvest

Add a comment to news item:
Traders exported 90% of Ukrainian rapeseed and began purchase of the new harvest