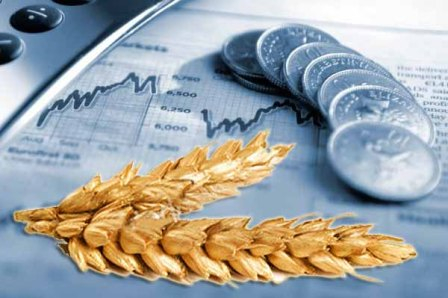 the Market was supported by the USDA report, according to which wheat production in the U.S. will be reduced from 62,859 to 49,539 million tons, in particular the production of chervonoarmyska winter wheat – about 30%, which will reduce accumulated during the current season inventory.

the price Increase was speculative, as important prerequisites for this was not.

In Europe on Friday next wheat futures fell 0.84 $/t to 185,27 $/t. The driest in the last ten years, the APR may cause a sharp decrease in grain yield. The condition of crops will be determined in 2-3 weeks. Even minor rainfall can contribute to improved development, although unlikely to change the overall situation.

In Ukraine for export and the domestic market continuing fall in prices for barley and wheat. Favorable weather conditions during the planting and development of winter crops. The price of corn remains unchanged, although some processors and traders has reduced it by 50 UAH/ton.

Add a comment to news item: Weekly review of the world grain market

Add a comment to news item:
Weekly review of the world grain market