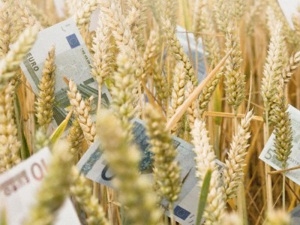 Despite the lull in the global market, speculators on Monday found the factors supporting prices.

Dry weather in Central and Western Europe causes concern regarding the fate of the future harvest, so the French traders have decided that the price of wheat of the new crop will rise to the level of prices for the old crop, and not Vice versa.

the Pace of European wheat exports accelerated. Over the week it grew by 50% to 372,5 thousand tons, resulting in a backlog from last year has been reduced from 11 to 9%.

quotes of the American wheat grow with the support of the corn market, which got confirmed news of China to buy 300 thousand MT of U.S. corn and data on losses and deterioration of grain quality as a result of the floods in the Midwest and the Plains.

as a Result of speculative purchases and closing of short positions by investors of the may wheat futures in the U.S.:

Today, the Egyptian state operator GASC tenders for the purchase of at least 55-60 thousand tons of soft milling wheat with delivery in the period 25 April-5 may, which will be another benchmark of the trend in world prices.

the Affair of the tender will be the number of participants and price proposals, on the eve of the GASC announced a return to the old system of payment of contracts within 180 days.

the Demand for black sea wheat remains low. Due to the strengthening of the dollar purchase price in the ports of Ukraine increased slightly, but the number of offers has not increased.

Add a comment to news item: The week started with a speculative rise in the price of wheat

Add a comment to news item:
The week started with a speculative rise in the price of wheat