Tender in Saudi Arabia will support prices for barley in Ukraine 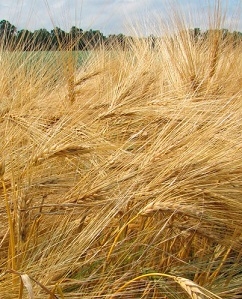 State grain operator in Saudi Arabia on Friday, SAGO on the tender purchased 1.02 million tons of barley from December 2019 through February 2020 at an average price 209,95 $/t CFR, which is 3,19 $/t higher than the purchase price at the previous auction in late August when it was acquired by 780 thousand tons of feed barley with delivery from October through December 2019 at an average price of 206,76 $/t CFR.

Recall that at this time in 2018, SAGO purchased 1 million tonnes of barley in January-February 2019 at a price which is increased compared to the spring of 55 $/t, which led to a spike in barley prices on the world markets.

Usually SAGO tenders buys barley of arbitrary origin, but after a diplomatic dispute, which lasts from August 2018 canadian grain does not participate in the auction. Now, thanks to the large harvest in EU and the depreciation of the Euro, the vast majority of purchased barley is of European origin.

Russia is increasing offers of barley on the black market as good harvest. Now with 8.1 million ha or 92,2% of the area harvested 20.6 million tonnes of barley with the yield of 2.54 t/ha (2018 to 2.26 t/ha). This will allow to collect more than the projected 19-20 million tonnes, and increase exports.

Ukraine actively exports of barley in the new season and already has shipped 2.8 million tons, which is 30% exceeds the corresponding figure for 2018 Fall in demand in the last month, lowered the price at the port for 2-3 $/t to 161-163 $/t. the Growth of purchase prices for the tender in Saudi Arabia will intensify the demand will strengthen in the near future the price of barley in port before 165-167 $/t

Add a comment to news item: Tender in Saudi Arabia will support prices for barley in Ukraine

Add a comment to news item:
Tender in Saudi Arabia will support prices for barley in Ukraine