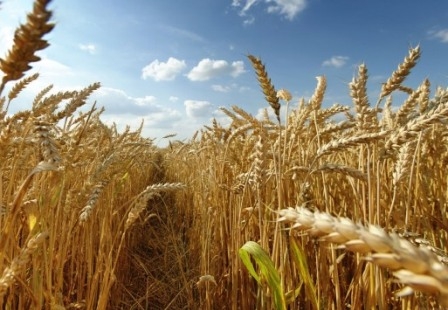 on Tuesday, wheat prices received support from the tender in Egypt, where it was purchased only two vessels of the black sea wheat, and bullish balance UDSA corn.

bid Prices at the tender were the divergence to $20/ton, but in the end, GASC bought 60 thousand tons of Romanian wheat at the price 197,49 $/t FOB Constanta and 60 thousand tons of Russian at the price 196,6 $/t FOB Novorossiysk that the delivery will match the level 209,11-of 209.6 $/t CFR delivery period 11-20 July. The purchase price was $15/tonne lower than at the beginning of the season last year that became a benchmark price for black sea wheat of the new harvest.

In the June balance UDSA wheat in 2019/20 MG beginning stocks increased by 1.6 million tonnes to 276,57 million tons due to higher balances in Argentina, Ukraine those Russia.

Despite the bearish balance, the price of wheat increased significantly with the support of the sharp decrease from 33 million tonnes of forecast corn production in the United States.

Reduction Australian Agency ABARES the forecast of wheat production in the country by 11% to 21.2 million tonnes due to prolonged drought, also supported prices.

Add a comment to news item: A tender in Egypt and the UDSA report supported the price of wheat

Add a comment to news item:
A tender in Egypt and the UDSA report supported the price of wheat