The rate of harvest of soybeans and corn in the U.S. behind last year and support prices 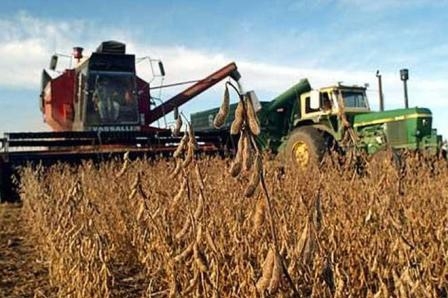 According to an updated report from the USDA as of October 23, American farmers harvested the corn by 61% of the planned areas. This result is inferior to the average for the five years is 62% and 9% lower than the same period of the previous year.

the report also notes that the collection of soybeans at a specified date carried out on 76% of the area that corresponds to the average five-year figure, however, 8% inferior to the results of the same date last year.

global dependency on imports of U.S. soybeans will reach its maximum in the period from September 2016-February 2017, when exports of the oilseed from the United States is 5.2 million tons will exceed the volumes in the previous year and will amount to 45.1 million tons.

Similar problems with the delivery of corn from the fields to the ports of Ukraine are forcing traders to intensify purchases to raise prices to 150 to 152 $/ton. It is worth noting that the price of corn for delivery in November is declared at $150/ton, which is $ 2 lower than proposed in October.

Prices for Ukrainian soybeans remain at the level of 365 $/ton for deliveries CPT-port, but to attract additional volumes of suggestions for 368-370 $/ton.

Add a comment to news item: The rate of harvest of soybeans and corn in the U.S. behind last year and support prices

Add a comment to news item:
The rate of harvest of soybeans and corn in the U.S. behind last year and support prices