The pace of wheat exports slowed due to declining demand 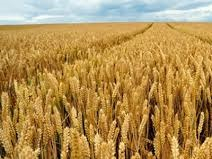 Early maturation of wheat in Ukraine and Russia, as well as strong demand, due to a gradual increase of prices contributed to the increase in the rate of exports.

However, over the last week the export of wheat in comparison with previous week decreased by 21% to 347 thousand tons due to a sharp decrease of sales and demand caused by rapid price increases.

Russia in the current marketing year increased in comparison with previous season wheat exports by half and as of August 7, sold on world markets 5.3 million tons of wheat. However, the volume of wheat exports for the week also fell by 16% to 588 thousand tons.

In total exports France share is 47%, Romania – 27,4%, Germany 4%, although previously it was the second largest exporter of wheat from the EU.

wheat Exports from the U.S. last week rose by 41% to 462,8 million tonnes, however, which is 10% lower than in the corresponding period last year. Total exports in the season 2018/19 significantly lower than last year.

Add a comment to news item: The pace of wheat exports slowed due to declining demand

Add a comment to news item:
The pace of wheat exports slowed due to declining demand