Prices of wheat remain in expectation of new price trends 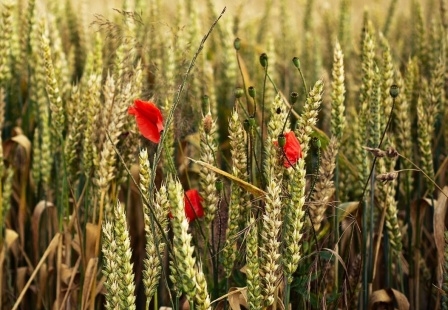 today's report USDA traders do not expect any significant changes in the balance of wheat and closely monitoring the forecasts for corn, harvest reduction, which may increase the demand for feed wheat and to keep prices for food wheat. So on the eve of the publication of the report on the exchanges experienced a speculative demand increase.

the Market for French wheat on Friday turned up with the support of the Chicago and speculators.

the Chicago stock Exchange on Friday continued to rise due to speculative technical buying, while other sites were frozen in anticipation of the new report.

On the physical market of Ukraine and Russia, increasing the number of offers of new crop wheat, as producers hope for higher prices to boost sales.

Russia for a week has increased export of wheat by 18% to 1.3 million tonnes, most of which are sent to Turkey and Egypt. Since the beginning of the season exported 4.4 mln tonnes of wheat, which is 12% lower than in the previous MG.

Add a comment to news item: Prices of wheat remain in expectation of new price trends

Add a comment to news item:
Prices of wheat remain in expectation of new price trends