The price of barley growing under the forecasts of yield reduction 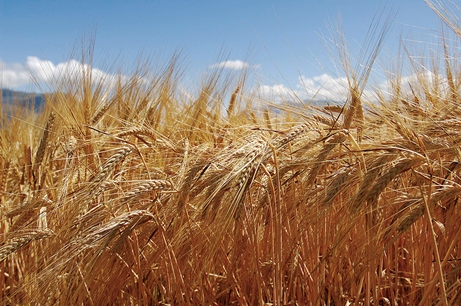 According to the July report, USDA, in the 2018/19 season, world consumption of barley will again exceed its production in the countries top manufacturers. It is worth noting that the export prices at the start of the new season is significantly higher than last year, despite the peak of the harvest in some of the countries top manufacturers. At the moment prices are supported not only by historically low carry-over stocks of barley, but also the projections regarding the reduction of the harvest in Ukraine and Russia.

In the 2017/18 year, Russia increased its exports of barley to a record 6.2 million tons at that time, as Ukraine has reduced exports to 4.3 million tons.

drought conditions will reduce harvest of barley in Russia and Ukraine this season to 18 and 7 million tons, which will lead to a reduction in exports to 4.5 and 3.9 million tons respectively.

the Purchase price of Ukrainian barley grown for $ 3-4 and reaches 185 – 187 dollars or 5850 – 5900 UAH./t delivery to the port. Prices are rising due to insufficient supply in the market, and also due to the delay in the collection of spring barley through precipitation in the Central and Western parts of Ukraine.

the Main competitor on the market of barley Australia may collect a good harvest in the season 2018/19. Experts FAS USDA predicts crop growth in Australia is 6% for the year to 9.5 million tonnes (8.9 million tonnes in 2017/18 season), but the export forecast remains at level of last season to 6.5 million tons due to increasing domestic consumption.

the Global balance for feed barley remains tense, especially the results of the collection in the EU, where the reduction of the wheat harvest, but the forecast barley crop has not yet decreased.

Add a comment to news item: The price of barley growing under the forecasts of yield reduction

Add a comment to news item:
The price of barley growing under the forecasts of yield reduction