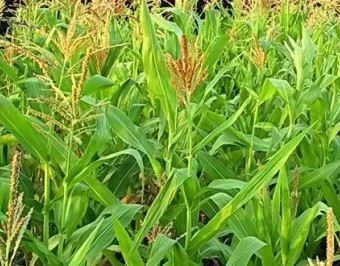 the price of domestic corn old crop fell below the price level for new crop, which is very strange for this period when reserves are almost exhausted, and the demand heats up prices.

Traders expected growth of demand for Ukrainian corn from China through its intense trade relations with the United States. However, in China to satisfy domestic demand the sale of 40 million tonnes of corn from state reserves.

Due to the rise in price of Ukrainian corn, the US in Q1 2018, increased the export of corn to Spain to 342,2 thousand tons, although last year did not put the corn to this country.

the EU increased its imports of Ukrainian corn compared to 2016/17 MG 7% to 6.82 million tonnes and became the largest buyer of Russian grain, whose share in the total imports of corn in the EU was 46%.

Reduction due to drought forecasts corn production second crop in Brazil may intensify the demand for corn old crop that would allow Ukraine for the new season to export 4-5 million tons of corn.