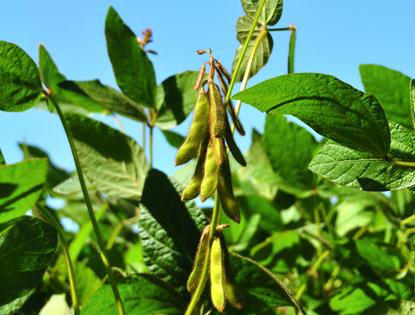 According to Reuters, U.S. and China are considering an agreement that would delay the effect of U.S. sanctions for China's ZTE Corp. in exchange for refusal of China to impose import duties on agricultural products made in the USA. Representatives of both countries will meet this week in Washington.

This news became the main growth driver of the soybean market.

Additionally supported the market report, USDA, in which the evaluation of the soybean production in the United States in 2018/19 Mr was reduced to a three-year low of 4.28 billion bushels or 116,48 million tonnes, primarily due to the reduction in acreage compared to 2017 from 90.1 to 88 million acres and a decrease in yield from 49.1 to 48.5 bushels/acre, which corresponds to the average level.

High probability of increasing acreage under soybean for the delay in planting corn, which according to NASS planted only 62% of the forecast, which is significantly below annual averages.

Add a comment to news item: Prices for soybeans rise on the progress in the negotiations between the US and China

Add a comment to news item:
Prices for soybeans rise on the progress in the negotiations between the US and China