Prices for soybeans fell despite a bullish USDA forecast 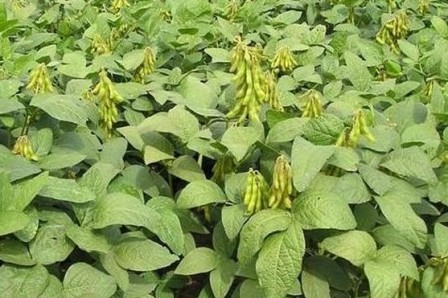 Published on Thursday, the balance of supply and demand for soybeans from the USDA confirmed the expected decline in world soybean production, so prices hardly reacted to bullish (optimistic for prices) forecast.

due to continuous drought the forecast for soybean crop in Argentina was reduced from 54 to 47 million tonnes, although analysts of the Grain Exchange Buenos Aires, making it even more pessimistic, at 42 million tons, while Brazil increased its forecast to 113 from 112 million tons.

the Reason for the rapid falling prices for soybeans and meal, was the introduction of the President trump the import duty on aluminium and steel, which, according to experts, will start a serious trade war with the EU and China. The Dow Jones fell 400 PA, and then another 800 p. during Friday, as economists predict significant losses for other sectors of the economy.

Though the export of steel and aluminium from China in the United States is estimated at 1-2% of the total American imports, Chinese authorities warned of a possible counter limiting the purchases of U.S. soybeans. China imports from the United States nearly 50 million tons of soybeans worth an estimated $14 billion

adviser to the President on the economy, resigned in protest against the imposition of duties, and economists believe that the introduction of trump duty on steel and aluminium will be the first shot in the war, followed by others, and remind us that the introduction of import duties on 20,000 products in 1930 was the beginning of the great depression in the United States.

Add a comment to news item: Prices for soybeans fell despite a bullish USDA forecast

Add a comment to news item:
Prices for soybeans fell despite a bullish USDA forecast