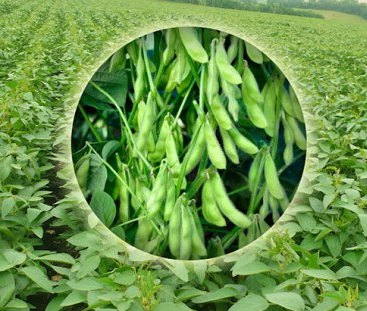 In China are continuing negotiations with a delegation from the United States duty on soybeans. Traders expect today in a joint statement, representatives of both countries will report on the termination of escalation of a trade war.

at the same Time this week, China canceled again the purchase 133,7 thousand tons of soybeans from the United States.

the Company Bunge after the announcement of China's intention to impose import duties on soybeans stopped the shipment of soybeans from the U.S. to China.

Chinese buyers are not willing to increase prices from the current 420 $/t 100 $/t in the imposition of duties on U.S. soybeans, so in March, reduced exports of oilseeds from the United States in comparison with the corresponding period of last year by 10% to 1,045 million tons.

While the United States exported in March of 3.24 million tons of soybeans, which is 4% higher than March 2017.

Agency Experts INTL FCStone predicts that despite a slight decline in April, this season, Brazil exported a record 70 million tons of soybeans. This forecast takes into account the poor harvest in Argentina and a complex of world trade relations.

the World price for soybeans during the week almost unchanged.

Add a comment to news item: Prices for soybeans remain under pressure relations between the US and China

Add a comment to news item:
Prices for soybeans remain under pressure relations between the US and China