Prices for soybeans fell after the publication of USDA report 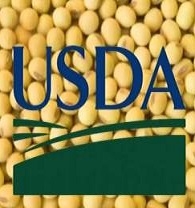 March soybean futures in Chicago after the publication of the USDA report fell 0.5% to 323.9 m $/t

the Attention of traders confined to Brazil, where favorable weather will allow you to obtain a record soybean crop, assessment of which experts from the USDA increased by 2 million tons to 125 million tons For Argentina's production forecast was left at 53 million tonnes, while Paraguay was reduced 0.3 million tons to 9.9 million tons.

the USDA Report surprised the market with an increase of the forecast of consumption and imports of soybean in China, even despite the proliferation of coronavirus. Estimation of consumption increased by 1 MMT to 103.7 MMT , while imports from 3 million tonnes to 88 million tonnes, which will lead to a sharp increase in ending stocks in the country.

Earlier, the Ministry of agriculture of China reported that declared in the first part of the bargain purchases of agricultural products in the United States may be delayed because of the epidemic coronavirus, but will be held later this year.

Brazil is stepping up the pace of exports and during the first week of February has sold 1 million tons of soybeans, and generally in February, according to local experts, can export to 6.8-7 million tons.

the increase in the production and export of Brazilian soybeans will put pressure on world prices, and optini zbilshennya forecast of soybean imports by China in the second half of the season could be revised downward if soon spread coronavirus will not be able to stop.

Add a comment to news item: Prices for soybeans fell after the publication of USDA report

Add a comment to news item:
Prices for soybeans fell after the publication of USDA report