Prices for soybeans rose after the resumption of purchases by China 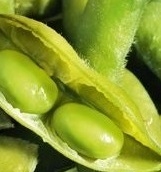 soybean Futures in Chicago on Monday rose by 1.8% to a three-day high 330,14 $/t on the news about China's purchase of another batch of soybeans.

According to Monday's report last week, Chinese state companies gained 828 thousand tons of soy from the claimed 1.5 million tons, and the total volume purchased in current season China of U.S. soybeans rose to 12 million tonnes when the declared 20 million tons of soybean Exports for the week decreased to 730,8 thousand tons, which is still 25% higher than the corresponding period last year. Activation of purchases by China reduces the pressure of large stocks and supported prices.

soybean Stocks in the U.S. on March 1, reached a record high of 99.79 million tonnes, which is 29% higher than at the same date in 2018. Experts, USDA reduced the estimate of acreage under soybean to 84.6 million acres, compared to 89.2 million acres last season, while traders predicted their level of 86.19 million acres.

After reducing forecasts sowing of soybean November futures for oil of the new harvest increased to 342,3 $/t

In Brazil due to favorable weather soy has collected 75% of the area, which is 4-5% ahead of last year's pace. The Agency is FC Stone increased its forecast of soybean production in the country with 113 million tonnes in the previous report to 115,7 million tons.

Add a comment to news item: Prices for soybeans rose after the resumption of purchases by China

Add a comment to news item:
Prices for soybeans rose after the resumption of purchases by China