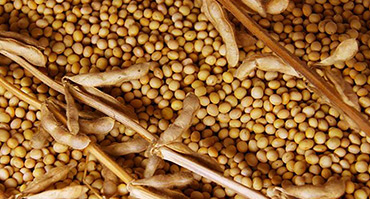 On Friday, 6 July, the United States and China took the decision to impose duties on goods worth $34 billion. China imposed duties on imports of U.S. soybeans at 25%. The futures on soybeans in Chicago rose by 3%, despite the fact that China had imposed a duty and quashed the acquisition of over 400 thousand tons of soybeans last week. The price of soybeans in Chicago rose to $325,5/t soybean meal rose to us $11.6/t and is trading at $369,7/t. the Cost of soybean oil has increased and now stands at $649/ton.

Traders decided that the price of soy reached its lowest level over the last 9 years, so it's time to buy. The market was rendered by the increase in exports over the past week to 937,8 thousand so It's more 172,4% compared to the previous year and 87.4% higher than last week. The increase in demand for U.S. soy from the Netherlands, Bangladesh, Brazil and Argentina gives reason to hope that traders, even with the record harvest, the products will have demand in the market, despite a decrease in demand by the Chinese side. China in any case will be forced to buy us soya to cover the needs of the import.

Structure of world trade of soybeans can vary somewhat, as Brazil, one of the world's major exporters of beans in the world, according to experts of the Agency Anec, can import about 1 million tons of U.S. soybeans, if China continues to increase imports from Brazil through a trade conflict with the United States in order to provide the necessary level of processing of soy beans.

Argentina has imported about 1 million tons of U.S. soybeans to download private power, process and maintain a high level of export soybean meal to China.

Add a comment to news item: Prices for soybeans in Chicago rose after the introduction of the mutual duties of the United States and China

Add a comment to news item:
Prices for soybeans in Chicago rose after the introduction of the mutual duties of the United States and China