Soybean and soybean oil prices rise on us heat forecasts 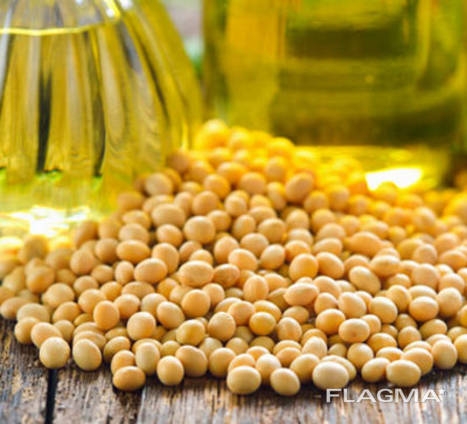 Over the next 8-14 days, dry weather with unusually high temperatures of 35-38 ° C will prevail in the Plains and Midwest areas of the United States, which will negatively affect soybean crops. Against this background, yesterday on the Chicago Stock Exchange, prices for soybeans and butter regained Monday's fall and continued to grow.

According to the NASS USDA weekly report, the number of soybean crops in good or excellent condition increased by 1% to 60% during the week (69% last year), and 63% of crops are in the flowering phase (62% last year and 57% on average over 5 years). Forecasts for the US soybean harvest remain at 118 million tons, although extreme heat may reduce the yield potential.

During the week, soybean exports from the United States decreased by 28% to 143.9 thousand tons, which is 68% lower than the corresponding indicator last year. The total export of the season is 50% higher than last year and amounts to 57.8 million tons. to meet the USDA forecast, it is necessary to ship 3.98 million tons of soybeans or 560 thousand tons per week by the end of the season, which is unlikely.

Argentina in the first half of 2021 increased soybean oil exports by 35% to 3.35 million tons compared to the corresponding period last year, against the background of a reduction in sunflower oil exports from Ukraine over the same period by 32% from 3.76 to 2.56 million tons. due to a sharp rise in the price of sunflower oil, importers preferred cheaper soybean oil.

Currently, Ukrainian sunflower oil is offered at 1 1200-1250/ton FOB, and Argentine soybean oil – at.1250/ton FOB. The supply prices of Ukrainian soybean oil are $1,300/ton, but the demand for it from the EU remains low.

Add a comment to news item: Soybean and soybean oil prices rise on us heat forecasts

Add a comment to news item:
Soybean and soybean oil prices rise on us heat forecasts