Prices for soybeans continue to grow 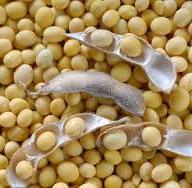 soybean Market on Monday received support from the decline in forecasts of oilseeds production in the United States and Brazil.

In Chicago soybean futures rose 0.5% to 326,14 $/ton, despite the fall in the price of Brent crude below 70 $/barrel and lower quotations of palm oil.

the Results of cleaning soybeans in the United States held 90% of the area, confirming the deterioration of the yield due to damage to crops by rain and frost.

However, traders inspires the replacement of Chinese export destinations of U.S. soybeans to other markets.

According to experts of Oil World, Egypt in September-November of the current year imports 777 thousand tons of soybeans, of which 99% or 770 thousand tons will be delivered from the United States, whereas in the corresponding period of last year import of U.S. soybeans in the country only amounted to 167 thousand tons.

the Pace of sowing of soybean in Brazil exceed last year's by 25% planted 71% of the area versus 54% on average for 5 years, and in the state of Mato Grosso sowing is almost complete.

Precipitation contribute to the development of crops and the rapid maturation that will allow the Northern parts of the state to begin the harvest in late December.

Despite the increase in acreage under soybean in Brazil by 2-3% due to strong demand in China and favorable weather conditions, the experts of the Agency Conab in the November report lowered the forecast of soybean production in the country in 2018/19 MG compared with the October assessment 119,4 million tonnes to 116,7-119,2 million tonnes, or an average of 117.9 million tonnes, the estimate of the soybean yield in 2018/19 MG in comparison with the previous season, decreased by 2.7% from 3.39 to 3.3 t/ha.

Add a comment to news item: Prices for soybeans continue to grow

Add a comment to news item:
Prices for soybeans continue to grow