Prices for soybeans are falling, despite the forecast decline in world production 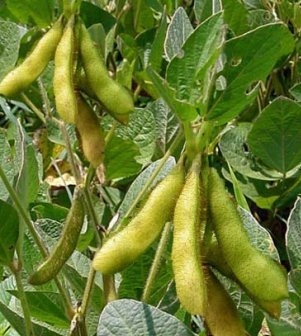 price pressure lack of progress in trade negotiations between the US and China that could lead to the introduction of new import duties on Chinese goods from 1 March and further fuel tension between the countries.

the underlying factors that contribute to the price increase. Weekly soybean exports from the United States amounted to 1,031 million tonnes, which is only 3.3% lower than the level of the previous week but a 7.2% higher compared to the corresponding period last year.

the Global soybean balance sheet remains tense. If two months ago was predicted excess of global production over consumption, now because of dry weather in South America experts reduce estimate of soybean production to consumption.

Analysts Oil World in the February report reduced the forecast of world soybean production in 2018/19 MG compared to the previous estimate of 7.3 million MT to 353.3 million tons, as the crop in Brazil, Paraguay and Uruguay will be reduced through adverse weather conditions.

In comparison with the season 2017/18 for Paraguay assessment of bean production decreased from 9.95 to 8.4 million tons and the forecast of exports from 6.15 to 4.92 million tons.

For Uruguay assessment of soybean production has reduced projected in January, 3 million tonnes to 2.6 million tonnes, which significantly exceeds the level 2017/18 MG, when due to severe drought the country has attracted only 1.5 million tons of soybeans.

Admission to the markets of new crop soybeans from South America reduces the export demand for Ukrainian soybean prices, which last week dropped at the port by 3-5 $/t to 335-338 $/t In anticipation of further price declines traders, almost stopped the purchase, while manufacturers have increased the number of proposals. These are the refiners, with delivery to the plant offer 9600-10100 UAH/MT for soybeans with GMOs and 9600-10400 UAH/t for soybeans non-GMO.

Add a comment to news item: Prices for soybeans are falling, despite the forecast decline in world production

Add a comment to news item:
Prices for soybeans are falling, despite the forecast decline in world production