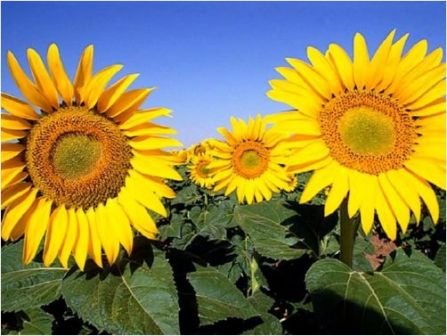 UAH purchase prices for grains and oilseeds in Ukraine continue to rise gradually due to the devaluation of the national currency, which rate on the interbank market yesterday fell to 28.7 UAH/$.

the Exchange rates at the port remained at 364-365 $/MT for soybeans with GMOs and 385-400 $/t for soybeans non-GMO. Global soybean market is under pressure of increasing forecasts of soybean production in South America and a good rate of export of grain of the old crop.

the Price of sunflower oil on FOB basis Rotterdam NL fell in 775-785 $/ton for shipments in January – February, however, Ukraine remains at the level of 735-745 $/t FOB – Black sea ports.

After a rapid growth at the beginning of the month, palm oil prices in Kuala Lumpur declined slightly due to increased production and the increase in balances in Malaysia and Indonesia against the background of reduction of volumes of export. In the last week the price fell by 5.4% to 2487 ringgit or 629 $/t

More on prices pressured the intention of the European Parliament to vote this week finalized a bill on the reduction of imports into the EU of palm oil to protect the rainforest from logging.

In April 2017 already voted for the bill, but no decision was made.

it is Worth noting that the European Union in 2017, imported from Malaysia of 2.06 million tonnes of palm oil and took second place in the list of major exporters.

Add a comment to news item: Prices for sunflower and soybeans are rising because of the devaluation of the hryvnia

Add a comment to news item:
Prices for sunflower and soybeans are rising because of the devaluation of the hryvnia