The price of sunflower and soybean in Ukraine is rising, despite falling markets, palm and soybean oil 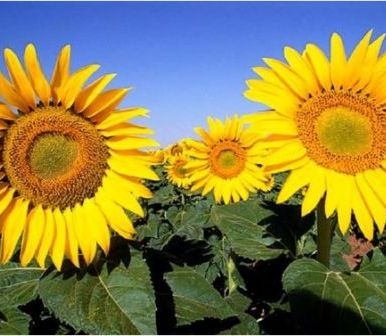 the Purchase price of sunflower and soybeans continue to grow with the support of the strengthening of prices for sunflower oil and active export demand for soybean and sunflower meal.

Export prices for soybeans with GMOs remain at 360-365 $/t CPT-port, so exporters are unable to compete with processors that offer price, equivalent 375-380 $/t CPT-port.

Active export demand for soybean and sunflower meal increases the needs of processors of raw materials. For 7 months 2019/20 my Ukraine increased exports of sunflower meal in comparison with the previous year by 13% to a record 3307 thousand tons, Almost doubled the import of Ukrainian sunflower meal China, although significantly reduced his country's EU.

a Decline in prices for oil, palm and soybean oil have not influenced the prices of Ukrainian sunflower oil. Due to high demand, bid prices remain at 715-720 $/MT FOB, and bid - level 700-710 $/t FOB for shipments in may-June.

Despite the reduction in oil production to 9.7 million barrels/day oil prices Brent crude this week fell by 12% to 28.5 $/barrel, and for WTI crude by 15% to 19.6 $/barrel. Oil consumption continues to decline due to falling demand for fuel.

Futures on palm oil in Malaysia fell by 1.6% to a monthly low of 2202 Ringgits/t or 506,2 $/t after the government delayed the introduction of standard B20, in which the content of biofuels from palm oil in diesel fuel were to increase to 20%.

According to estimates by the Malaysian Association of palm oil producers in the production of this product in the first half of April, 25% higher than the corresponding index of March, whereas domestic demand from the biofuel industry and export demand from India fall that will continue to put pressure on prices.

Futures for soybean oil in the USA drops fourth straight session after the oil markets and palm oil, and has declined to two-week low 593 $/t. Prices for soybeans dropped to 312 $/t

Recovery of exports from Argentina increases the volume of proposals on the world market of soybeans and by-products of its processing.

Add a comment to news item: The price of sunflower and soybean in Ukraine is rising, despite falling markets, palm and soybean oil

Add a comment to news item:
The price of sunflower and soybean in Ukraine is rising, despite falling markets, palm and soybean oil