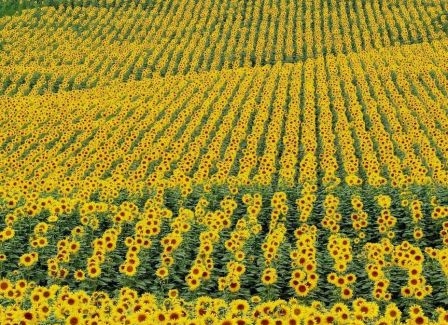 Preliminary data about the harvesting of sunflower in Ukraine continue to put pressure on prices. As of September 13, with 2.1 million hectares or 36% of the area harvested 4.5 million tonnes of sunflower with a yield of 2.13 t/ha.

the Purchase price at the end of the week fell to a record low 8600-9200 UAH/t with delivery to the plant, 1200-1600 UAH/t is inferior to the prices early in the season. The main reason is the large volume of proposals, as manufacturers prefer the implementation of a sunflower and holding back sales of wheat and barley at low prices.

November futures for palm oil in Malaysia on Friday rose to 526,10 $/t, however, for the third consecutive week quotes gradually reduced through lower export demand, and only a reduction in production supported the prices.

December futures for soybean oil after the resumption of purchases by China of U.S. soybeans increased by 1% to 655 $/t

Today vegetable oil is more expensive after the price hike of oil, which, after the drone attacks on the biggest oil refinery in Saudi Arabia increased by 10% of 66.75 to $/barrel for Brent.

the Increase in demand from India also supported prices. According to the Association of producers of solvents (SEA), in August India increased compared with the corresponding period last year, imports of vegetable oils by 5% to 11-month high of 1.6 million tons, in particular, palm – to 852,5 million tonnes, soybean – up to 440,7 thousand tons, sunflower – to 230 thousand tons and rapeseed – to 63,253 thousand tons.