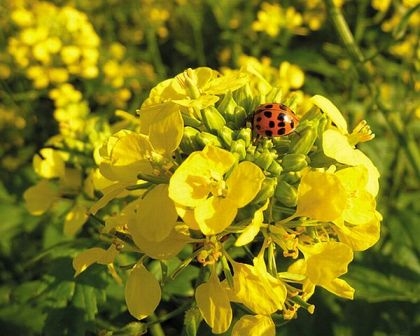 Experts Strategie Grains lowered its previous forecast of rapeseed production in the EU by 2.4% to its lowest in 12 years, the level of 18.85 million MT, which is 5.7% to give the figure a bad last year.

Assessment of production reduced for France, Romania and Hungary, and slightly increased for the UK and Slovakia, since the water balance in the whole EU is deteriorating despite a slight improvement of the situation in South-East Europe.

as a Result, reduce crop forecast August rapeseed futures on Euronext rose from the beginning of the week 2.25 €/t to 368,5 €/t or 412,9 $/t. However, the growth of quotations will limit the drop in prices for soybeans due to lower consumption and capacity of global production.

the decrease in the production of rapeseed in the current season have forced the EU to increase imports of soybeans by 12% to 12.3 million tons.

Under pressure growth of production of the July soybean futures in Chicago fell to of 312.9 $/t

amid rising production and decreasing imports ending stocks of soybeans in 2018/19 MG can increase to 14.7 million tons to a record 109 million tons.

Add a comment to news item: The price of rape increased after lowering its forecasts of production in the EU

Add a comment to news item:
The price of rape increased after lowering its forecasts of production in the EU