The price of rapeseed has increased over the sudden cold snap 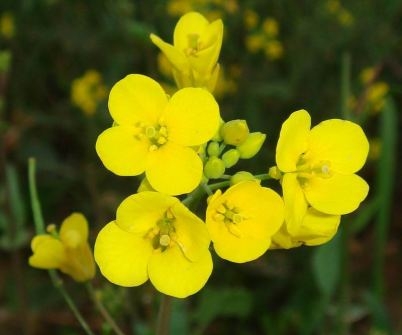 Through significant reduction of air temperature and precipitation deficit, which is observed in many EU countries, experts have concerns over crop condition of rapeseed.

the Forecast of the world rapeseed production in April rose to 68,515 million tons of Adjustments to 101 thousand MT in first touched India, which increased its crop estimate from 6.8 to 6.95 million tons.

Assessment of export of rapeseed in a new USDA report has increased to 14,559 million tons by Australia and Russia. In the season 2016/17 China, the largest buyer of canadian canola, reduced the purchase oilseeds from 1,827 to 1.73 million tons through the high carry-over stocks of this culture in the country.

In the EU last week, the price of canola increased slightly due to the strengthening of the Euro and cool weather. May futures rose to 426,50 $/ton, August – 395,41 $/t

In Ukraine, the forward prices for rapeseed of the new harvest remain at 375-380 $/ton for August deliveries. However, farmers do not hurry to make deals, hoping that the price will rise to the February level of $400/T.

Add a comment to news item: The price of rapeseed has increased over the sudden cold snap

Add a comment to news item:
The price of rapeseed has increased over the sudden cold snap