Prices for rapeseed in Ukraine is growing in the world 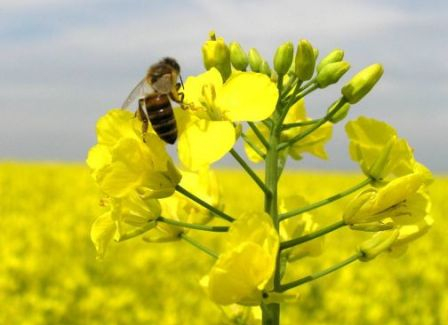 2018/19 mg of the rapeseed crop in the EU could shrink by 0.82 million tonnes and slightly exceed 21 million tons of Hot weather and prolonged lack of rainfall in the major producing countries has adversely affected productivity of oilseeds, the area sown under which declined slightly.

Experts Strategie Grains lowered its estimates of rapeseed production in the EU in 2018/19 MG to 21.11 million tons, against the forecast in June 21,38 million tonnes in may and is 22.2 million tons.

canola Production in Canada will grow for the fourth consecutive year in 2018/19 MG may reach a record 22 million tons against of 21.31 million tonnes in 2017/18 MG. A good harvest would contribute to the precipitation, which passed over the canadian prairies.

According to the Statcan report, acreage Canalou will increase to 22.7 million acres (despite traders ' expectations at 22.4 million acres), which is 1.1% lower than the level of last year.

due to the increase In acreage and the fall of the neighboring soybean market prices for canola in Chicago decreased from 512 CАD/t to 506 CАD/t or 383,9 $/t

Through heavy precipitation, the collection is very slow and as of July 2, of 172 thousand hectares (17% of the forecast), harvested 328 thousand tonnes of rapeseed with a yield of 1.91 t/ha.

Add a comment to news item: Prices for rapeseed in Ukraine is growing in the world

Add a comment to news item:
Prices for rapeseed in Ukraine is growing in the world