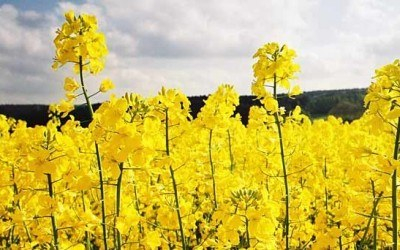 the Decline in oil prices to $72,8 for a barrel of Brent crude and the fall in soybean prices to 10-year low in the United States continue to put pressure on prices of rape. But the decline in forecast production in the EU remains the main factor of strengthening of the prices on Euronext, which strengthened at 360 euros per tonne for delivery in August rose to 367евро per ton for November delivery.

this season Russia has sharply increased the sowing area of rape and is expected to increase the gross harvest to a record 2.1 million tonnes, which is 42% higher than the previous season.

Even with the increase in domestic consumption from 1.27 million tons to 1.65 million tons, the export potential could amount to 400 thousand tons of rapeseed (220thousand tons last season), and to compete with Ukrainian rapeseed in the black sea region.

Add a comment to news item: The price of canola growing in the background of a possible reduction of the crop in Europe

Add a comment to news item:
The price of canola growing in the background of a possible reduction of the crop in Europe