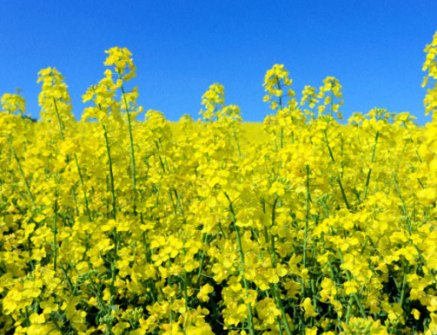 Through the arid weather conditions in Germany, France and Poland the European Commission in Friday's report have reduced compared to the previous forecast evaluation of rapeseed production by the EU countries on 500 thousand tons to 19.2 million tons, which is 12.5% lower than the level of the previous year and 11% less than the average 5-year index.

For Germany in comparison with the previous month, the production forecast was reduced by 2.9% to 3.68 million tonnes, which is 14% less gross collection in 2017, and 28.3% less than the average 5-year index.

For Poland: production forecast decreased compared to the previous year by 27.7% to 1.95 million tons, France – 14.2% to 4.61 million tonnes, but this estimate is almost consistent with the previous forecast.

the rising price of rapeseed while limiting the fall in soybean prices in the US, which dropped to 310 $/t and pressure on neighboring markets of oil.

it is Expected that the EU 2018/19 MG will increase soybean imports by 2.8% to 14.5 million tonnes, to compensate for the lack of rape to processors, and increase imports of soybean meal by 200 thousand tons to 19 million tons

the Decrease in production forecast for canola in Canada in comparison with the previous year by 10.2% to 19.2 million tons while that didn't affect the prices in Chicago, which on Friday rose 0.1% to 495 CAD/t or 379 $/t

Add a comment to news item: The price of rapeseed was supported by reduced production forecasts for the EU and Canada

Add a comment to news item:
The price of rapeseed was supported by reduced production forecasts for the EU and Canada