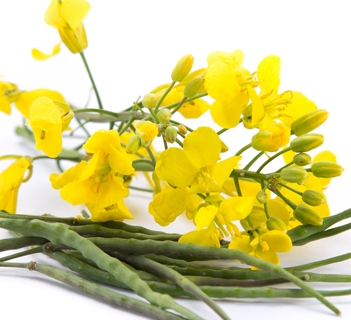 Dry weather in Western Australia which is the largest producer of canola and grain crops, have led to a shortage of soil moisture that can be changed the plans for planting and harvesting canola in 2017/18 MG.

MSG Australia planned to increase acreage under the crop Canalou 2017 by 20% to 2.8 million hectares, primarily due to the expansion in the Western part of the country. However, farmers believe that the optimum sowing time has passed, and the further expectation of precipitation can adversely affect the yield of canola.

the Weather can adjust, and the intentions of canadian farmers to increase acreage under Canalou 10% to a record 22.4 million acres. Using a large amount of precipitation in may, they had not had time to carry out the sowing.

Now, thanks to the warm and dry weather, canadian farmers have partially closed the gap by sowing their spring crops. On 30 may spring planted 79% of the planned areas, which is 22% higher than the previous week, but 18 percent behind the average level for the same period over the last five years. Spring wheat planted 84%, durum – 98% in canola and 72% of the plan.

According to experts of Oil World, in the 2017/18 season of world exports of rapeseed and canola will be close to a record level 2016/17 MG. Reduction of proposals from Australia and Canada may be offset by an increase of 0.5-0.7 million tonnes of supply of rapeseed from Ukraine. Precipitation, previous day significantly improved the condition of crops of a rape, so traders assess the crop in the EU at the level of 20.5-21 million tons.

the Largest importer of canola in 2017/18 MG will be China, where in 2013 the trend continues to reduce the acreage under oilseeds, foreign markets must be purchased 4-4,5 million tons of rapeseed.

Add a comment to news item: The price of canola is influenced by the weather in Canada and Australia

Add a comment to news item:
The price of canola is influenced by the weather in Canada and Australia