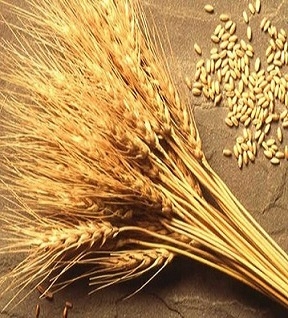 the Market now expects the updated balance of the USDA, which can reduce harvest forecasts of wheat for the USA, EU and Russia.

a Sharp change in the prospects of the world wheat crop was the main driver of trading in the United States. After France, Russia and Ukraine about a possible decrease in yield, in addition, a significant, said Argentina. Due to the reduction in sowing areas of wheat, 400 thousand hectares to 6.6 million hectares experts of the Grain exchange Rosario reduced compared with the June forecast of wheat production in the country from 21-22 to 18-19 million tonnes is Not excluded that the USDA will lower yield assessment of wheat in the United States.

More quotes to support the adjacent markets of corn and soybeans. Expected gain heat in agricultural regions of the U.S. Midwest in the next 2 weeks will have a negative impact on plantings of these crops.

Export sales of US wheat for the week decreased by 22% to 325 thousand tonnes, which is 15% higher than the corresponding figure of last year. Wheat exports from the United States for the week amounted to 410 thousand tons, and just season 2020/21 – 2.2 million tonnes, while 13% yield the same value of 2019

the wheat Futures in Chicago have upgraded the 2-month level.

Remained at the level of 167,82 $/MT of hard winter HRW wheat in Kansas city.

According to estimates by AHDB, of the sowing area of wheat in the UK in comparison with last year decreased by 25% to 1.36 million hectares.

the Market for French wheat grows after Chicago on the news about the reduction in harvest in the major exporting countries.

In Ukraine, purchasing prices for milling wheat grew up in the ports on the $2-3/t to 186-190 $/t or 5900-6050 UAH/ton, and for feed – to 175-177 $/t or 5400-5500 UAH/t More than last year, the spread between the prices of feed and milling wheat due to the expectation of experts regarding the increase in the share of coarse grains due to abundant precipitation, whereas preliminary data do not capture quality issues and offer hope, the share of food wheat will make up 60% of the harvest.

Add a comment to news item: Wheat prices are rising in anticipation of the release of the updated USDA report

Add a comment to news item:
Wheat prices are rising in anticipation of the release of the updated USDA report