Wheat prices are rising because of the hot and dry weather 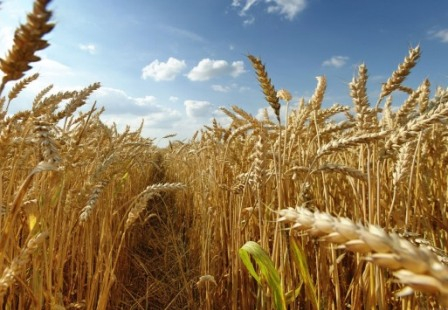 On the stock exchanges of the U.S. and European wheat prices on Friday and Monday reached 10-month highs and continue to grow today. The driver of growth are forecasts of dry weather with temperatures up to 30-35 degrees for the next decade in the regions of cultivation of wheat in the United States, Ukraine and Russia.

In Chicago July futures for soft wheat increased by 3.7% and crossed the psychological threshold of $200/t

the experts of the Institute ICAR has reduced the forecast of wheat production in Russia compared to the previous report to 3 million tonnes to 69.5-77,5 million tons, which led to higher prices for wheat.

the harvest has reduced due to dry weather in southern Russia and also, although to a lesser extent, through excessive precipitation in the Urals and Western Siberia, where farmers are unable to hold the North, while the optimal sowing time to leave.

Add a comment to news item: Wheat prices are rising because of the hot and dry weather

Add a comment to news item:
Wheat prices are rising because of the hot and dry weather