Wheat prices are rising because of drought in the United States 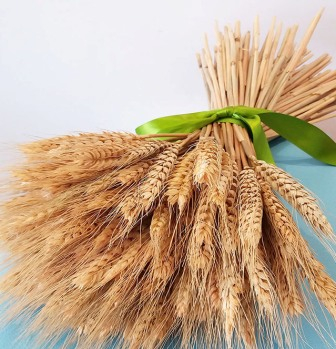 Precipitation held in the regions of winter wheat production in the United States, somewhat reassured traders. However, yesterday's report USDA weekly monitoring of crops has shown that lack of moisture is still suffering 42% of the crop.

this is the March futures us wheat prices rose by 0.9%.

In the first forecast of the acreage under the crop, 2018, the experts, the USDA increased the estimate of the area under wheat to 46.5 million acres, which exceeds the level of last year. Forecast of the average price of wheat in the United States in 2018/19 Mr increased 0.1 $ 4.7 $/bushel or 172,6 $/t

Promised for next week, a significant cooling in Europe that can damage winter crops in the EU, Ukraine and Russia also supported prices.

wheat Exports from the EU amounted to only 13 million tonnes, which is 19% less than last year's figure.

the Russian news Agency IKAR has increased compared to the previous forecast, the estimate of wheat exports from Russia by 0.9 million tons to a record 37.5 million tons.

currently, there is no reason to expect a reduction in the price of wheat in the new season.

Add a comment to news item: Wheat prices are rising because of drought in the United States

Add a comment to news item:
Wheat prices are rising because of drought in the United States