Wheat prices rose on the results of the Egyptian tender 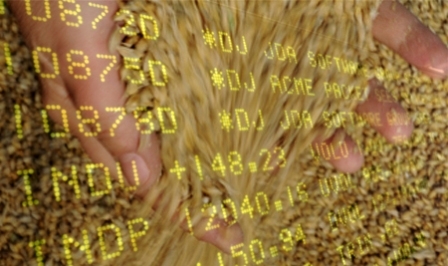 Egyptian tender for purchase of wheat has intensified the exchange trade, while continued weekend in Ukraine and Russia nearly halted trade since the end of December.

winter wheat in the EU, Russia and Ukraine are mainly in good condition, and forecasts of a warm winter does not give grounds to worry about the fate of the next harvest. Active export demand and rising prices for oilseeds and fodder crops raise prices on the physical market.

Escalation of relations between the U.S. and Iran keeps the tension of the commodity markets. However, yesterday's statement trump that the United States would not respond to the shelling by Iran of U.S. bases led to the decline in oil prices and rising wheat prices.

the Wheat market is supported by projections of reductions in sowing areas of winter wheat in the United States and the rise in price of black sea wheat. Traders await Friday's USDA report with the forecast of sowing areas, which are still analysts estimate at 29.9-32.2 million acres, for an average of 30.6 million acres that will become at least the past 110 years.

the March wheat futures in the U.S.:

the Buyer from Thailand refused the purchase of feed wheat as a cheap offer on the tender with delivery in may-June had a price of 252 $/t CFR, which is much higher than the cost of feed corn.

Low demand and increased supply in the spring will put pressure on prices of black sea wheat. Besides, intensified competition from wheat from the EU, which until the end of the season you want to export 18 million tons.

Add a comment to news item: Wheat prices rose on the results of the Egyptian tender

Add a comment to news item:
Wheat prices rose on the results of the Egyptian tender