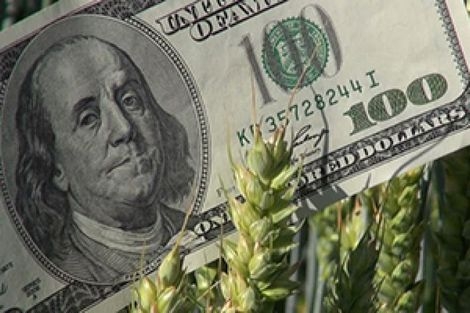 Yesterday, the world wheat markets continued to decline under the pressure of the updated forecast and news about the active promotion of the seed company.

wheat prices in Paris on the Euronext stock exchange reacted to the release of the bearish USDA report decrease by 0.75 euros to 188,50 €/t or 212,57 $/t. the Additional factor of pressure on prices was the refusal of Egypt to accept the party of French wheat and the increase in sowing areas of wheat in France.

Ministry of agriculture of France confirmed the increase in the area of soft wheat-by 2.8%, with the result that they exceeded 5 million hectares, which is 7.7% more compared to the previous year. They also increased the forecast of wheat exports in the season 2018/19 to 17,237 million tons of soft wheat, which is 0.7% more than the March forecast, but 1.6% less than was exported last season.

Analysis of data of the updated balance of the world has intensified speculative sales to lock in profits.

Traders do not see any levels of support prices in the near future, and the decline in world demand for wheat will continue to push prices down.

Today released a report on export sales of US wheat in the week, but experts have lowered the bar of expectations up to 300-500 thousand tons.

May the U.S. winter wheat have decreased:

the Pace of sowing of spring crops in the post in two and more times more than last season.

In Ukraine, as of April 10 early grains and legumes have already planted 87% of the area, or by 2.0 million hectares.

As of April 10, the early grain and leguminous crops in the Republic of Belarus was planted 642,5 thousand hectares, accounting for 73.1% of the planned area.

Add a comment to news item: Wheat prices continue to decline the pressure with a good rate of sowing

Add a comment to news item:
Wheat prices continue to decline the pressure with a good rate of sowing