Wheat prices continued to rise under forecasts of production decline 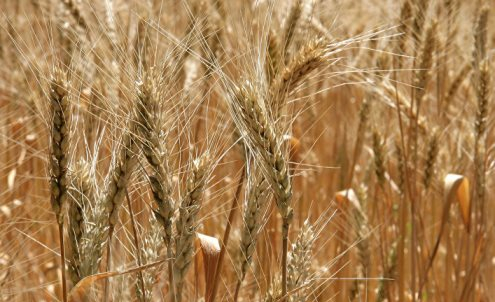 In the wheat markets, prices continue to rise under the influence of the data on the decline in the harvest forecast in the July USDA report .

on Friday, the Ministry of agriculture of Russia lowered its forecast for wheat production in Russia to 64.4 million tonnes, 2.6 million tonnes less than the updated forecast by the USDA .

Data on productivity of wheat in Germany and France show a decline in total harvest. But since the question remains open, traders continued buying, which has led to growth of quotations of wheat on the stock exchange MATIF in €2.00 to the 183.50 €/ton (214,45 $/tonne).

wheat Prices on the American stock markets continued to rise, trying to win back losses a week in Chicago 3.54%, Kansas 4.14% and Minneapolis 4.75%. The forecast increase in wheat production in the United States, and a decline in major competitors in exports the EU and Russia, gives hope that U.S. wheat will regain lost markets in this season.

Lingering precipitation in Ukraine has reduced the rate of harvest and delivery of grain to port, and also increases the anxiety of traders concerning the quality of the new crop. Prices for wheat with delivery in the port are rising, particularly for wheat with a protein of 12.5,%, which increased from 178 to 182-184$/t, or 5650-5700грн/t

Add a comment to news item: Wheat prices continued to rise under forecasts of production decline

Add a comment to news item:
Wheat prices continued to rise under forecasts of production decline