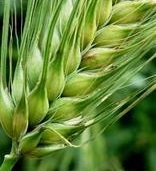 Yesterday in early trading, wheat futures in Chicago fell 1.9% on news about possible failure of signing of the trade agreement between the United States and China and enhance trump duties on Chinese goods from 10 may if this week will not be agreed terms of the transaction.

But during the trading prices rebounded slightly on data on the delay sowing of spring wheat, which is now planted only 22% of the planned areas compared to the average 5-year rate 49%. Shoots were obtained on 4% of the area versus 19% on average for 5 years.

wheat Exports from the U.S. for the week decreased by 26% to 477,9 thousand tons, which is 43.9% higher than the corresponding period last year.

July futures in the U.S. fell:

the European Union over the week reduced the export of wheat by 63% to 103,06 thousand tons, which increased the loss rate of exports compared to last year, with 2 to 4%. Overall in the season the exports of wheat from the EU is 17.1 million tonnes, import – 3.7 million tonnes, which is 4% higher than on this date in 2017/18 MG.

Sowing of spring wheat in Russia is much more active than last year. So, as of 6 may planted 2.1 million ha or 16.9% of the forecast, compared to 908 thousand hectares on this date in 2018 heavy sediments contribute to the development of crops of winter and spring wheat, making the forecast of wheat production in the country has exceeded 80 million tons.

In Ukraine, heavy precipitation and heat contribute to obtaining a good harvest that puts pressure on the prices for grain of the new harvest, which in the port dropped to 152 to 154 $/t for feed wheat and 158-162 $/t for food.

Add a comment to news item: Prices for wheat supports a delay of the sowing of spring grain

Add a comment to news item:
Prices for wheat supports a delay of the sowing of spring grain