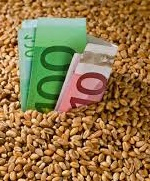 French Market of wheat for the support of fundamental factors started the week with rising prices, despite the weakening of Chicago and the strengthening of the Euro.

Worsening weather conditions in Australia, particularly the freeze in the state of Western Australia may reduce the production and export of wheat from the country. Meteorologists warn that the cold cyclone will dominate the country until the end of the week.

According to the forecast of experts, in 2018/19 MG Australia collect 19.1 million tonnes of wheat that will be for at least the last 10 years.

Frost and wet snow in Canada in the provinces of Saskatchewan and Alberta will greatly reduce the harvest of spring wheat and damage crops canola, which are collected at the 30-50% of the area.

Additionally supports the prices, the slowdown of wheat exports from Russia caused by more stringent quality requirements on the part of the Rosselkhoznadzor.

the Basic countries-importers continue to buy wheat, and now Egypt will hold a new tender to purchase wheat for delivery in November.

U.S. wheat stocks on Monday remained under pressure from neighboring markets of soybeans and corn, where the continuing fall in prices, and the slow pace of exports, which dropped by 5.7% to 406 thousand tons, which is 13.4% lower than in the previous year.