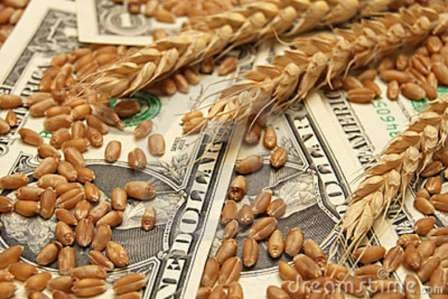 Despite a slight decline experts USDA the forecast of world wheat production, the total volume of offers, consumption and ending stocks remain record high, and that continues to put pressure on prices. However, the main factor in the reduction of prices was the increase in the forecast of world maize production, while analysts expected it to decline, intensifying demand for feed wheat.

the Forecast of ending stocks decreased by 1 million tonnes to 285,4 mln tonnes, which will still be a record.

After the publication of a new report USDA September futures on soft wheat in Chicago fell on Monday by 5.6% to the lowest since may 17 level.

European stocks started the week with a collapse caused by the report USDA. But in the wheat value for the price reacted to a lesser extent than corn. In addition, the weekly export report reminded about the very low competitiveness of European wheat.

Add a comment to news item: Wheat prices tumbled after the corn market

Add a comment to news item:
Wheat prices tumbled after the corn market