The price of oil a day lost more than 3% 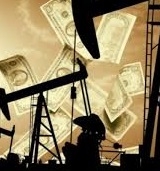 Yesterday, the April futures for Brent crude on the ICE exchange in London fell by 3% to 64.7 $/barrel.

So the market reacted to the statement by trump on too high a level of current oil prices and the Council of the OPEC not to raise prices in the future because the world economy is not ready for it.

Disputes trump with the OPEC countries has caused sharp price spikes last year, when the United States asked not to cut oil production to support prices.

Oil prices rise on news about the intention of Saudi Arabia to reduce exports.

In December 2018, the group of OPEC countries and several other countries, including Russia, decided to cut from January 2019 daily oil production by 1.2 million barrels, of which the share of OPEC is about 800 thousand barrels. In January of this year, according to preliminary data, OPEC has reduced daily average oil production to 30,81 million barrels.

the Fall in oil prices will put pressure on prices, "energy crops" such as palm oil, corn, canola and soybeans.

Add a comment to news item: The price of oil a day lost more than 3%

Add a comment to news item:
The price of oil a day lost more than 3%