Corn prices are rising in the US and the EU fall 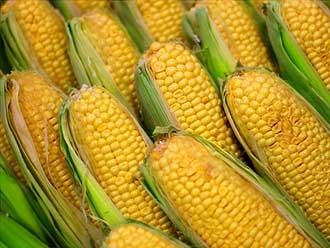 in Spite of the USDA forecast regarding the increase in world crop and ending stocks of maize, the quotations on the stock exchange in Chicago continues to grow and has already reached 148,81 $/ton. support prices increased consumption of corn for bioethanol production and the reduction in acreage.

Analysis of official data on the progress of the harvest has improved the forecast of the corn crop in the season 2016/17 MG to 26.1 million. Now corn collected from 4.13 million hectares, with projected yield of 6.32 t/ha generates a gross yield at the level of 26.1 million tons, which is 12% higher than last year's figures. The loss of corn in the overall balance may increase by 21% to reach 1.1 million.

Recall that in comparison with the January forecast in February evaluation of maize export from Ukraine in season 2016/17 MG increased by 0.7 million tons to 18.7 million tons.

the Export of Ukrainian corn is complicated by falling demand from China. USDA predicts that in 2016/17 MG the country imports 3 million tons of corn, while the MSG of China estimates the potential import 1-2 million tons.

last season, China purchased more than 2 million tons of domestic corn, and that 63% of total imports and 15% of Ukrainian exports.

this season, the EU countries reduced the import of Ukrainian corn by 37% to 1.9 million. However, Egypt increased purchases by 60% to 1.1 million. In addition, after the lifting of sanctions, the importers back in Iran. He has been steadily increasing its share in export of Ukrainian corn (which has now reached 19%), and within 4 months have already purchased 1.2 million tons of grain. According to experts in the 2016/17 season MG Iran imports 7 million tons of corn, however, it is unknown what percentage will have on Ukrainian grain.

Add a comment to news item: Corn prices are rising in the US and the EU fall

Add a comment to news item:
Corn prices are rising in the US and the EU fall