Corn prices in Ukraine after the fall in wheat prices 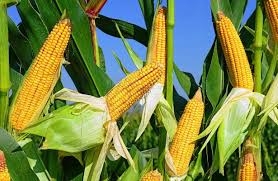 Corn in Ukraine continues to become cheaper under pressure decline in wheat prices over the past 2 weeks 20-30 $/t and the fall of quotations on the stock exchange in Chicago after neighbouring markets of soybean and wheat.

Export prices of domestic demand for corn fell yesterday for another 2-3 $/t to 245-248 $/t or 7850-7950 UAH/t and remain on for 10-15 $/t higher than the purchase price of wheat, which in the port fell to 7400-7500 UAH/t. Usually the price reduction activates the sale by the manufacturers and contributes to the further drop in prices, but farmers are holding back sales, so traders need to attract in April and may batches are forced to keep prices at a high level, despite the fall in global demand. Hope for sale reexporting volume of Ukrainian corn in China is declining amid recent purchase of a large consignment of U.S. corn a week ago.

the European Union has reduced compared to the previous season corn imports by 27% to 11.6 million tonnes, particularly the Ukrainian – 48% to 4.87 million tonnes as a result of increased supply from Brazil. Amid falling prices for European wheat to 245-250 $/MT FOB chance to sell to the EU for Ukrainian corn 260 $/MT FOB no.

In Brazil's second corn crop planted 98% of the area. Due to heavy rainfall the state of the crops are good, but particularly important is the amount of precipitation in April and may, as the rainy season ends and late planting may not be enough moisture.

According to a weekly report by the USDA, corn exports from the US last week was smaller than expected, traders, and built 1,695 million tons, but only in the season made up 33.74 million tonnes, which is 85.7% more than in the corresponding period last year.

For enhance the sales of Ukrainian corn in the face of rising competition from Argentine grain domestic sellers will be forced to lower the price 10-15 $/t FOB, to sell corn at high prices before the start of the access to the markets of cheap feed wheat of the new harvest.

Add a comment to news item: Corn prices in Ukraine after the fall in wheat prices

Add a comment to news item:
Corn prices in Ukraine after the fall in wheat prices