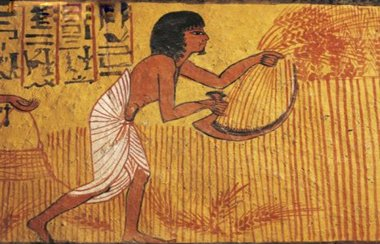 Taking advantage of the lower prices for wheat on the world market, the Egyptian state grain Agency GASC yesterday bought at the next tender 420 thousand tons of Russian and Romanian wheat at the price, which is 2% lower than it was two weeks ago, when prices peaked this season.

was Re-purchased mostly Russian wheat, but the delivery is even 60 thousand tons of Romanian wheat suggests that the prices of European grains can already compete with the prices of Russian and Ukrainian wheat, which gradually grow.

At the previous tender on 2 August GASC bought 180 TMT of Russian and 60 TMT of Romanian wheat for delivery in September at an average price of 253 $/t CFR.

the Growth of prices in the cash market black sea wheat to 230-240 $/t FOB reduced the number of people willing to buy such an expensive grain, so the market is under pressure from buyers who are trying to reduce the number of purchases in the hope of further price reductions.

Add a comment to news item: The purchase price of wheat at tender Egypt 2% below the previous

Add a comment to news item:
The purchase price of wheat at tender Egypt 2% below the previous