Price of wheat and barley increases with rising exports 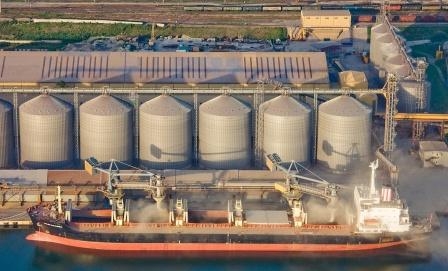 During the last week of July from the seaports of Ukraine exported 625,6 thousand tons of grain, whereas in previous week the figure was only 149,5 thousand tons. The structure of exports the following:

Pace of exports is significantly lower than last year because importers buy only the cargo needed to cover the stocks, hoping that prices will stay at the same level.

As of August 1, Ukraine threshed 5.2 million hectares of wheat, accounting for 84% of the plan. Collected 21.5 million tons of grain with a yield of 0.41t/ha, whereas last year during the same period, gathered by 21.9 million tons with a yield of 0.373 t/ha. Forecast of wheat production increased to 25 million.

Low price early in the season slowed the sale of grain, so at present traders are forced to gradually increase them to enhance trading. Over the past week, prices on the basis of CPT-port increased by 2-3 $/tn and currently are:

Support  for grain prices from the black sea region  give high prices on the European market caused by poor harvest in France, where the forecast of wheat production is once again reduced by 2.2 million tons to 28.2 million tons.

Add a comment to news item: Price of wheat and barley increases with rising exports

Add a comment to news item:
Price of wheat and barley increases with rising exports