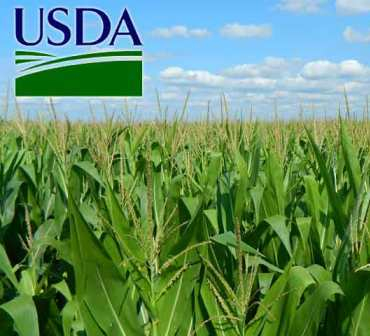 the long-Awaited USDA forecast on crop areas in the United States for the year 2018 was a huge surprise for traders and an Easter gift for manufacturers. Analysts predicted area of corn planting in the US within 88,4 – 91 million acres (average was $ 89,348 million acres), compared 90,167 million acres in 2017, but experts USDA estimated the area under maize at the level of 88,026 million acres. It was a shock for traders, and futures on corn after the publication of the report increased by 3.8% to of 152.6 $/t

the data about the increase in balances of corn as of March 1, by 3% to 8,888 billion bushels (225,7 million tonnes) is not found bearish impact on prices.

Weekly corn exports corresponds to the level of the previous week and expectations of traders and makes 1,376 million tons.

According to the USDA, the acreage of corn will be reduced not by increasing the acreage of soy (which are also reduced in the forecast compared to the previous year), and in consequence of the increase of sowing areas of spring wheat. However, delay planting even can significantly change the final cultivated area in 2018.

According to AgRural, already collected 51% of the first crop of maize, and the maize of the second crop are in good condition after heavy rainfall.

Overall assessment of corn production in Brazil from AgRural remains at 89.9 million tons, but the new forecast, which will be released on 9 April, will change a bit the price trends.

Add a comment to news item: The price of corn in Chicago increased after the reduction of the forecast acreage

Add a comment to news item:
The price of corn in Chicago increased after the reduction of the forecast acreage