World prices for soybeans rise on the strong demand from China 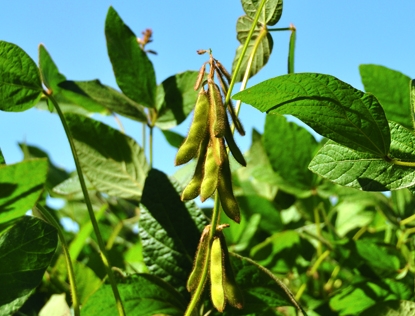 Active export of soybeans from Brazil, which already this year has shipped 50 million tons and 70% of them to China, has led to higher prices for Brazilian soy. Continued purchases of U.S. soybeans by Chinese companies, despite the ban of the authorities of China support prices for soybeans in the United States.

China actively buys Brazilian soybeans for delivery in July-August and American delivery in September-October. Even despite the ban of the authorities of the PRC for the purchase of American agricultural products, for the week Chinese companies have gained 500-600 thousand of soybeans from the United States.

Experts believe that to meet the demand in feeds for pigs, which is growing rapidly, China will be forced to buy 20 million tonnes of US soybeans for delivery in September-January.

Despite significant volumes of soybean at the level of 2 million tons for the week soybean stocks in China rose to the highest since September of last year, increased to 5.4 million tonnes, 1.45 million tonnes higher than the last month. In addition, in June-August in China will arrive a large amount of Brazilian soybeans. Stocks of soybean oil and meal has also increased which indicates a gradual saturation of the market, which may soon reduce the activity of procurement.

Despite low export sales of the July soybean futures in Chicago yesterday rose 2% to $320/t on the background of the depreciation of the dollar and the data about the purchase of soybeans by China.

Export sales of soybeans from the U.S. last week fell by 23% to 495 thousand tons, of which 200 thousand tonnes of purchased China, which corresponds to the amount of the previous week. In General, in comparison with the corresponding period of last year export sales decreased with 46,68 to 42.65 million tons, but directly to China have grown from 13.56 to 14.95 million tonnes.

the Export of soybeans from the U.S. last week rose by 31% to 483 thousand tonnes, and since the beginning of the season was 35,93 million tonnes, which is equivalent to 9.66 million tonnes inferior forecast USDA – 45,59 million tons.

Prices for U.S. soybeans in the physical market rose to 345-350 $/t FOB, but still at 10-15 $/t lower than for Brazilian soy, which has risen due to the appreciation of the real.

In Argentina, soybeans collected for 98.6% of the space, and the average yield of 2.96 t/ha, so experts Buenos-Iresco grain exchange left its forecast of production at the level of 49.5 million tonnes. prices of Argentine soybeans are the lowest and constitute 340-345 $/t FOB, however, farmers do not hurry to sell it.

Add a comment to news item: World prices for soybeans rise on the strong demand from China

Add a comment to news item:
World prices for soybeans rise on the strong demand from China