Global wheat prices are falling, but in Ukraine is growing due to demand 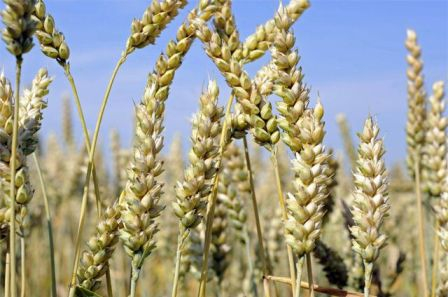 In the market on Friday, us wheat continued the decline that began yesterday.

First half of the week quotations rose on expectations of traders regarding the increase in quarterly report USDA the forecast of wheat production in the United States, in particular, spring.

Traders do not pay attention to the reduction in balances of wheat in the United States on September 1, compared to the same date last year by 11%.

the Results of an Algerian tender, where the majority of positions were closed by French wheat, limited Friday the drop in prices of Euronext.

In Russia threshed 92% of the area and collected nearly 84 million tons of wheat with a yield of 3.3 t/ha, which gives hope for obtaining a record harvest at 85 million tons, while USDA estimated it at 83 million tonnes.

a Big crop of Russian wheat has not yet affected the export demand for Ukrainian wheat, which at the end of the week has risen in price by 2-3 $/t

the fall of the hryvnia to the level of 26.5-UAH 26.6/$ increases UAH purchase prices for wheat in Ukraine. Today, in the ports offer:

Add a comment to news item: Global wheat prices are falling, but in Ukraine is growing due to demand

Add a comment to news item:
Global wheat prices are falling, but in Ukraine is growing due to demand